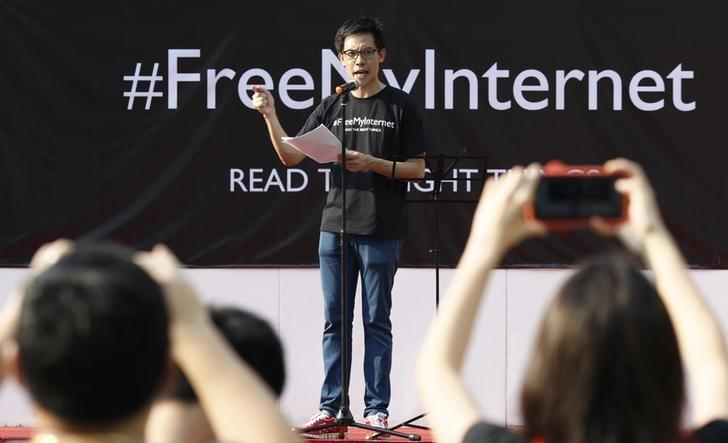 Speaker Roy Ngerng, of online blog The Heart Truths, addresses the crowd during a protest against new licensing regulations imposed by the government for online news sites, at Hong Lim Park in Singapore June 8, 2013. REUTERS/Edgar Su

In early May, the Congolese government inked a $5.6 million deal with Mer Group, an Israeli security consulting firm with deep links to the Israeli intelligence services. Mer sells surveillance tools to foreign security forces, and its signature product is a big data analytics system called the Strategic Actionable Intelligence Platform, which allows users to penetrate closed forums and groups, monitor their activities, and run clandestine investigations.

The Congolese government has not explained why it signed the deal. But it seems no coincidence that the country’s embattled president, Joseph Kabila, who is facing a political crisis at home, is suddenly interested in technology that he could easily use against dissidents. After Kabila overstayed his constitutionally mandated term, which expired last December, the country erupted in protest. Only following repeated demonstrations and heavy international pressure did he agree to hold national elections by the end of the year. But there is a strong suspicion that Kabila has no intention of giving up power, at least not without a fight. If that is the case, that fight will most likely involve dividing the opposition, persecuting opponents, and stifling dissent.

This house would control the export of digital technology that poses potential human rights risks.

Don’t Debate If You Haven’t Read This is a series of selected articles found online that we deem reading essentials prior to WUPID. The collection of sample debate motions from these series will be shared via the Motion Bank.